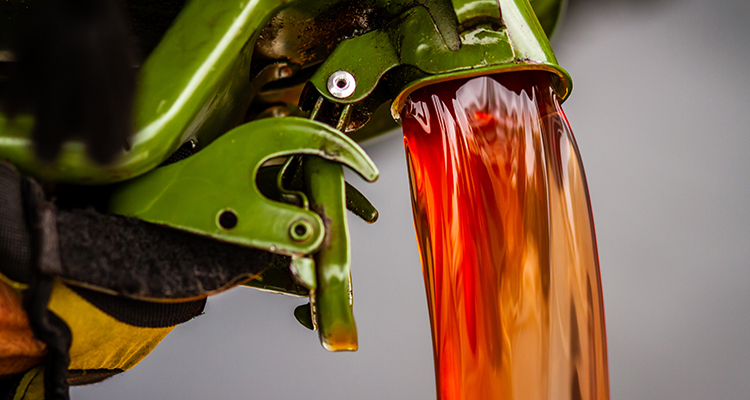 The Government’s ban on red diesel comes into effect on April 1, meaning power costs will increase. Construction companies will no longer be able to use red diesel and rebated biofuels, such as hydrotreated vegetable oil (HVO), to power construction equipment, plant machinery, and generators on site. So how will this impact builders, tradespeople, and the construction industry, including those working on self-build projects and DIY enthusiasts?

In April 2020, the Government announced its ban on red diesel, as part of its drive to achieve net-zero carbon emissions by 2050.

Red diesel is ordinary “white diesel” that is used in road vehicles, but it contains a dye and is taxed at a much lower rate. Increasing the fuel tax is designed to make construction professionals think of the emissions they produce, and it’s also hoped that it will encourage people to use cleaner and alternative fuel sources. It’s good news for the environment, but the construction industry will be hit hard by the change.

Essentially, it means that from April 1, non-road mobile machinery, such as mobile generators and plant machinery used on construction sites, cannot be powered by red diesel. And you can’t bulk purchase red diesel prior to April 1 either. HM Revenue and Customs intends to issue fines if red diesel is not removed from bowsers by this date.

It’s worth noting that the ban only relates to the context in which it is being used and not the equipment itself. For example, red diesel can be used in a generator that is being used in an agricultural setting, but it cannot be used in a generator on a construction site. It is the setting in which it is being used that needs to be thought of. So, if you’re conducting ground maintenance on a golf course then you can still use red diesel and if you are using plant for agriculture, fish farming, forestry and horticulture then you’re OK. But, if you want to run a digger or a crane on a construction site then as of April 1, you cannot use red diesel and you should prepare for your fuel costs to rise.

The rebated fuels affected by the changes include biodiesel and hydrotreated vegetable oil (HVO), as well as fuel substitutes and red diesel. But it’s worth noting that not all HVO fuels are the same. For example, Green D+ HVO is seen as an alternative to HVO and could be used in generators instead. It is more expensive than HVO but it’s cost will be competitive with diesel and some construction companies could switch to the greener fuel.

BuildUK says that for a short period of time after April 1, businesses may find that traces of red diesel are still present in fuel tanks as the fuel is used up before being replaced with white diesel. How long this will take will depend on the machine being used. Construction companies should plan to empty diesel storage tanks and refill them with white diesel.

Also, it’s advised that you take even greater care when saving invoices and receipts so that you can prove that you have not purchased a large volume of red diesel on April 1 or close to that date. If HMRC does decide to conduct a spot check on your business, you can show evidence that you have not fallen foul of the new rule.

The difference in price between a litre of red diesel and a litre of white diesel is considerable. With the cost of white diesel rising significantly, expect to see fuel bills for your plant and construction machinery increase too. However, there is also another concern; fuel theft is expected to rise, especially if your construction site stores white diesel in high volumes or uses a lot of plant machinery. It will be important to be vigilant.

BuildUK has some useful information about the red diesel ban and the Government regularly updates all details to the ban, especially as April 1 draws closer, but if you have questions about the tools you want to hire, fuel sources and how the ban will impact you, talk to our friendly team today. easyToolhire can talk to you about fuel efficiency, alternative fuel sources, and our fuel efficient machinery that is available to hire.