Home  /  Blog  /  What are top 5 methods to compact concrete and the best tools to use?

What are top 5 methods to compact concrete and the best tools to use? 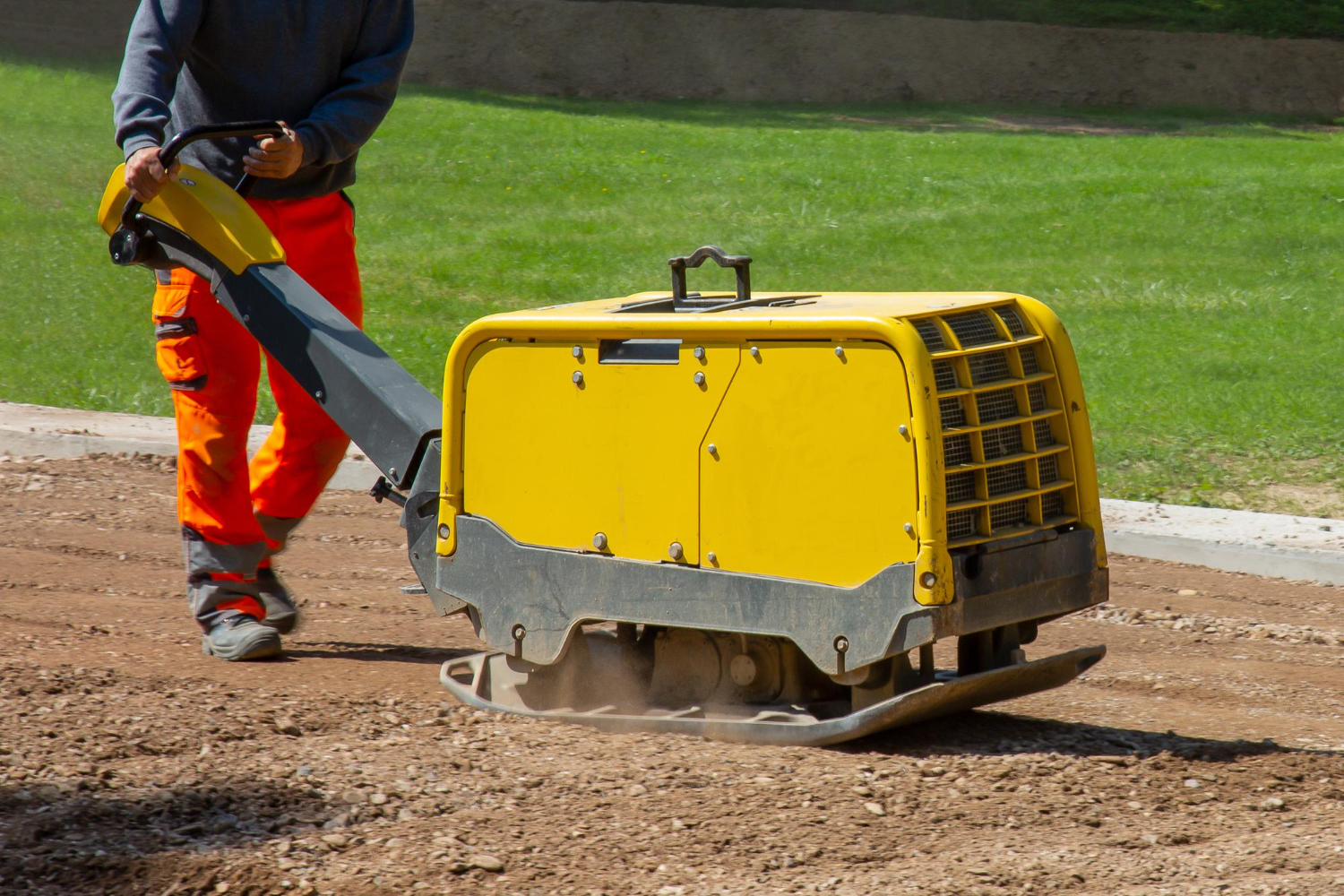 Compacting or consolidating concrete is an important step in construction projects. This step ensures that you get the highest density of concrete. The goal is to increase the packing of the coarse aggregates and reduce the internal friction between the mix components. Compaction also eliminates trapped air bubbles in the concrete mix, making the resulting concrete stronger and more reliable. In the past, concrete compaction was achieved by pruning or ramming. While these methods are still very much in use, contractors can now make use of sophisticated machinery that works in different ways to compact concrete. Here are 5 of the top methods of compaction and the tools used for them.

Ramming is a method commonly used to compact floor or roof slabs. It can also be used for pavement slabs in reinforced concrete road construction with low thickness and a smooth level finishing. It involves compacting the concrete surface using a wooden cross beam with dimensions of about 10 x 10 cm.

Ramming the concrete surface with this wooden beam helps to release any air bubbles that were trapped at the moment of placing the concrete. How the ramming will be done depends on the type of concrete slump.

Another method of concrete compaction is by using pressure or jolting. This compaction technique is quite effective in compacting dry concrete and is mostly used to compact hollow blocks, solid concrete blocks, and cavity blocks.

In this method of compaction, the concrete is vibrated, pressed, and jolted to consolidate it. The combined effects of pressure and jolting help to stiffen the concrete to a dense form with stable strength and volume.

The more advanced way to compact concrete is by using a machine that consolidates concrete through vibration. There are different types of machines built for this purpose. Generally, machines for compacting concrete work by internal vibration or external vibration:

A wacker plate or vibrating plate is machinery used for compacting loose gravel or sand to create a solid base before an upper layer of concrete or asphalt is added. They are useful for a wide range of projects and come in a variety of sizes. Most construction companies offer wacker plate hire for your DIY construction projects and you get one from them. You can get a petrol-powered plate or go for an electric wacker plate hire near you depending on your preferences.

Vibratory rollers are used for consolidating dry and lean concrete surfaces. These types of concrete projects are called roller compacted concrete or rolled concrete. A vibratory roller typically has a dual-wheel installed on its rear end and a drum roller on the front end. The vibration from the roller helps to reorganize the concrete particles while the weight of the drum exerts pressure on specific layers to compact them.

Compaction is an incredibly important step in every construction project. Therefore, when planning  your project, you have to factor in the cost to hire a wacker plate and any other compaction tools you might need.