Home  /  Blog  /  What is the difference between tools, equipment and machine?

What is the difference between tools, equipment and machine? 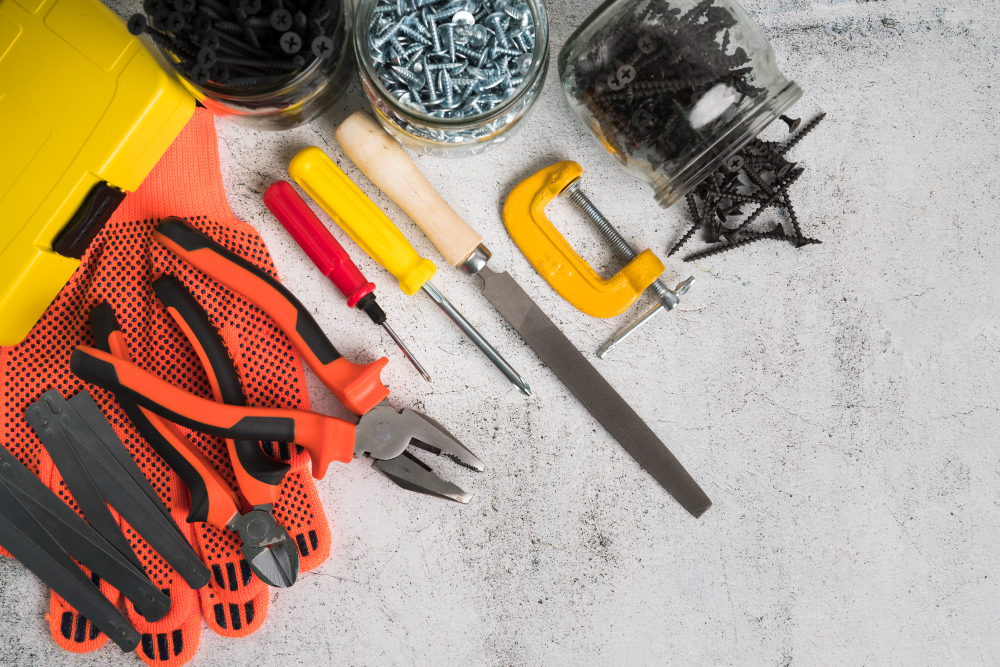 As humans evolved, we developed devices to make tasks easier for us. The general terms that we use to describe these devices include tools, equipment, and machine. While all these terms are often used interchangeably, there are slight nuances between them. In this post, we’ll define what tools, equipment, and machines are with examples of each of them in order to better them.

The word “tool” is used to describe general items that people use to do work in any situation. The usage of the word connotes a generic object that can be used for a variety of purposes. A tool is typically a single object designed in a way that makes it suitable for multiple purposes.

Look at it this way. Say you have a broken blender and you want to pry it open by loosening the screw that holds the parts together. You could use a screwdriver, which is the standard tool for a task like this. However, if you do not have a screwdriver around, you may end up using a pocket knife. In this case, the pocket knife is the tool with which you unscrew the bolt.

From this example, it is obvious that any object you use to solve a problem is a tool. It doesn’t matter if the object is built for that specific purpose or not. A chimpanzee making use of a stick to get a fruit from a tree is using that stick as a tool. Similarly, a prehistoric man lighting a fire with a stone is using that stone as a tool. The same stone can also be fashioned into a club for breaking nuts or as a weapon for fighting off wild animals.

Going by this generic definition, it might be safe to say that every machine or equipment is a tool in some way. However, more specifically, people use the word “tools” to refer to handheld items used to do work or solve problems.

What is a machine?

A machine is an object or device used to transform the direction of a force or increase its magnitude. The term implies a more precise design and application than the more generic usage of “tools”. Ancient scientists classified simple machines into levers, pulleys, inclined planes, wedges, and screws based on the principle of mechanical advantage. The idea of a device like this is to amplify the force applied on one end to do significant work on the other end. By this definition, simple tools such as a hammer and wheelbarrow are types of levers.  Similarly, an ax is a wedge while a corkscrew is a type of inclined plane.

These days, the modern definition of a machine would apply to any device powered by mechanical, chemical, thermal, or electrical energy. Machines now consist of several mechanized parts that use energy to achieve a particular goal.  Modern machines are specifically designed and assembled to be used for a specific purpose. This would imply that while all machines are tools, not all tools are machines. Examples of machines include concrete cement mixers, power cutting machines, welder generators, inverters, and so on. A lighting tower hire or air conditioner hire for your construction project would also qualify as a machine.

Equipment is a general time with a broader definition compared to tools and equipment. It refers to a set of tools needed to perform a specific task. People often use the word equipment as the plural form of tool. In this case, a collection of tools will be called equipment.

However, tools differ from equipment in some respect. The word equipment can be used to describe objects or items that are not used to do work. For instance, a set of safety devices such as gloves, helmets, or goggles are often referred to as safety equipment.

Another common usage of equipment is when people want to refer to gear. A mountaineer for instance will refer to the set of tools he uses for mountain climbing as his equipment. Individually, they’re tools, but the entire collection is a set of equipment that prevents him from getting injured during his activities.  They are machines or tools that a person needs to complete a given task. At a construction site, for instance, the set of machines that the engineers use for different stages of the project would be described as construction equipment. Examples of these include Excavator hire, Mixing & Pouring equipment, Concrete Finishing equipment, Cutting and Compaction equipment, and Surface Preparation

For every construction project, you’ll need to hire a variety of tools, machines, and equipment to get the job done. Whether it’s as simple as a scaffolding hire or a bigger machine like a sweeper hire, you need machines and equipment like this for the success of your project.